Alessandro Sturla Arellano is a 10-year-old boy that has been inspired by music since an early age. He is currently in 4th grade, enjoys basketball and martial arts. He has recently achieved a red belt level in Taekwondo. He is part Italian and Spanish and speaks three languages. Alessandro was introduced to a keyboard at the age of 6, and almost as an act of magic, he discovered that through music, one can portray feelings and emotions. He created this path all by himself, by playing classical pieces of the icons as Beethoven and Mozart. At almost 7 years old, he started attending a music class where he began learning the craft. So far, he has enjoyed entertaining his family, daily, by playing the piano in the living room. He also takes part in school recitals when possible. He composes his own songs and can learn to play a melody in a very short time. Playing the piano is Alessandro’s passion and hopes to continue creating and making beautiful sounds for everyone to enjoy 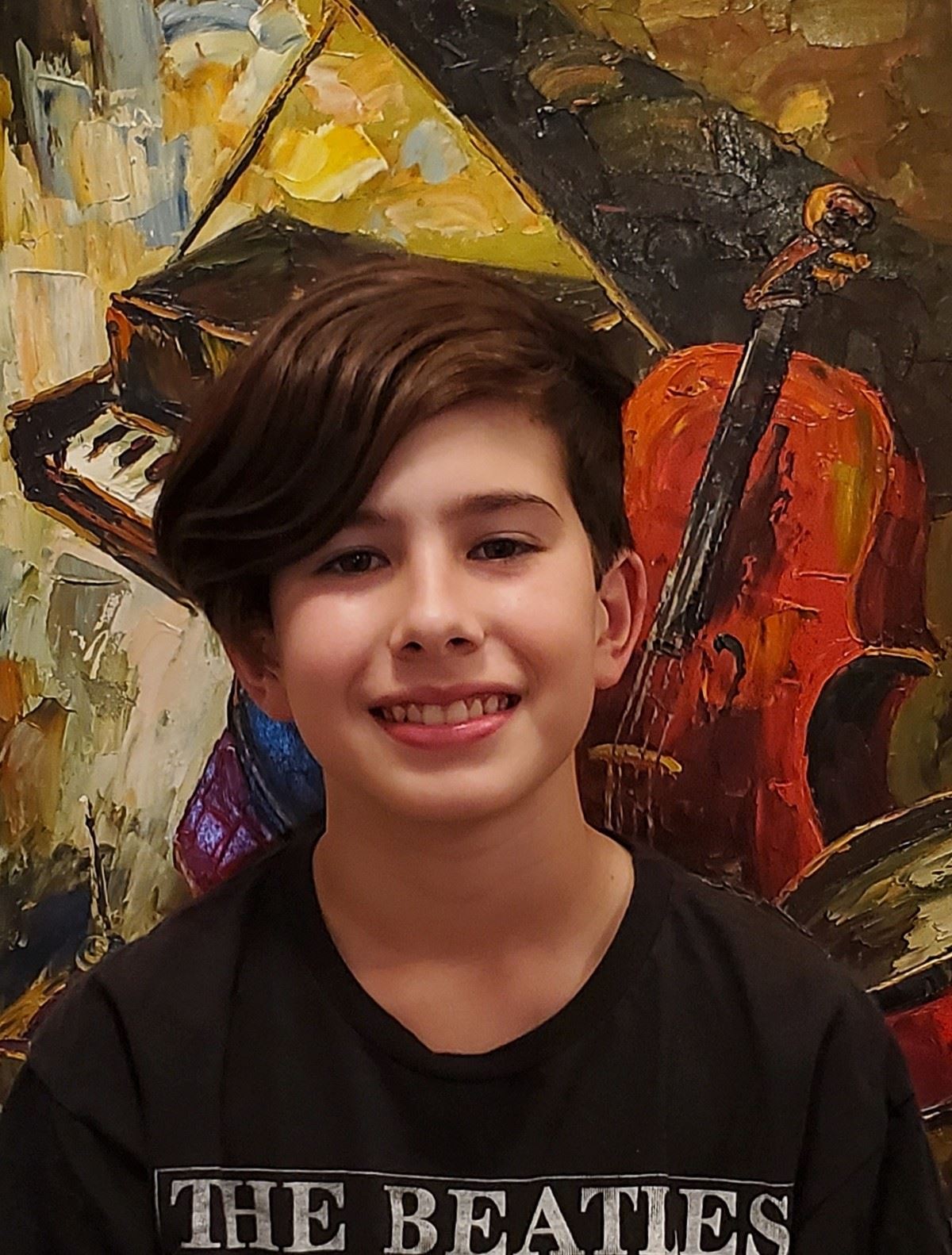 Julian is thrilled to be singing at the 2021 Holiday Talent Show for Tustin Parks and Recreation. Julian is 12 years old and a sixth grader at Hewes Middle School. Julian started performing in March of 2021. Since then, he has performed on stage twice as a vocalist. Although new to the performing arts, he has found a passion in challenging his voice range and skills. Julian enjoys singing, learning guitar and ukulele, swimming, skateboarding, snowboarding, tennis, fencing, and chess.

Sydnee Farah is currently a 3rd grader in Woodbury elementary school in Irvine. She was born in February, 2013. Sydnee showed interest in singing & acting at an early age and has made appearances from Scrooge Christmas carol musical by MTV, MCO Christmas Choir, and school talent show. In addition, she enjoys swimming in competition groups, loves to play basketball and ride mountain bikes outdoors. Based on her multicultural background, Sydnee speaks Mandarin and Lebanese to communicate with families and friends. Attending this talent show, she is super excited and looking forward to performing and meeting more talented friends. 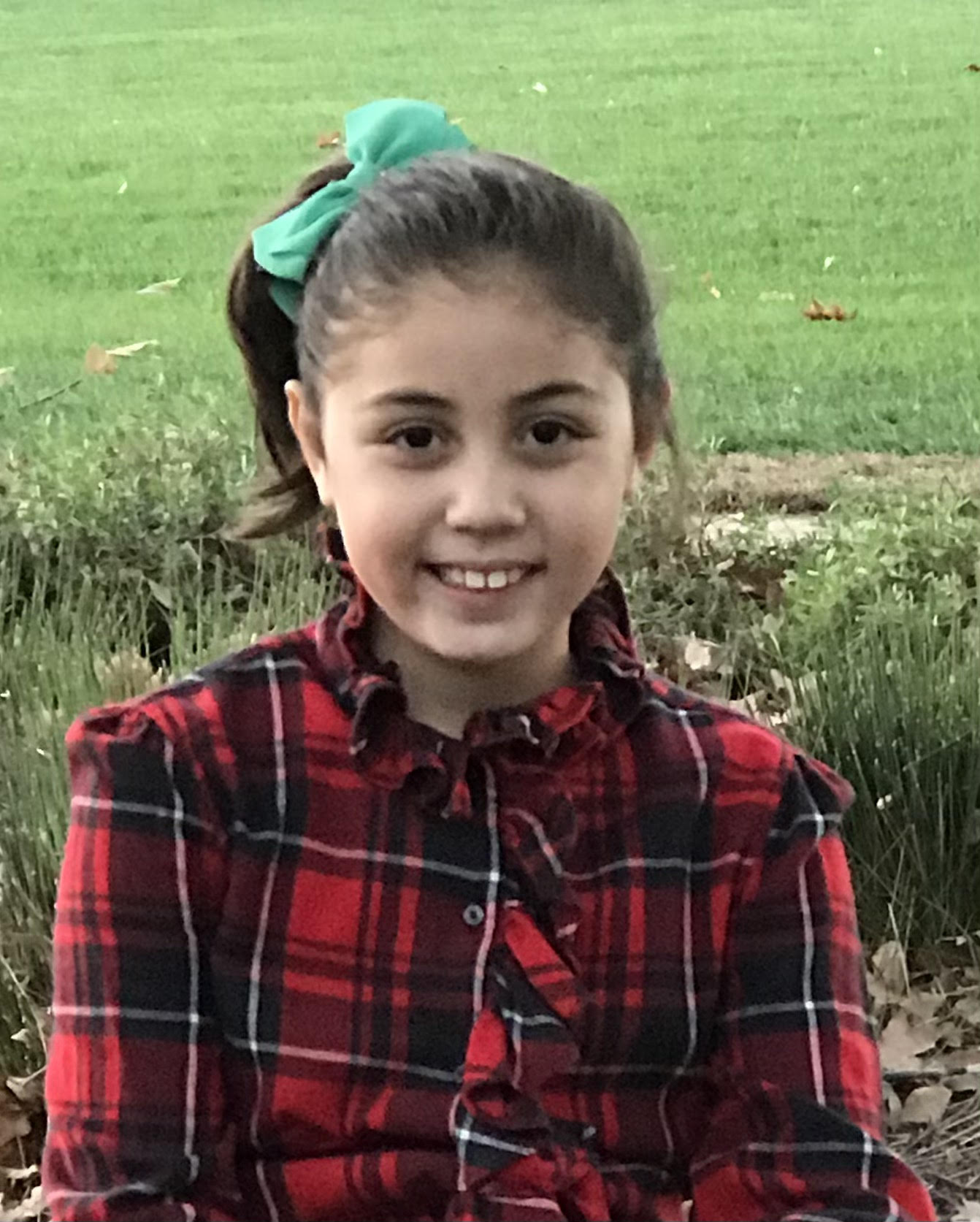 Genesis is 6 years old. She is in first grade and attends Sycamore Magnet Academy. She enjoys helping others.

Brady is a fifth grader at Arroyo Elementary School who has loved singing since the day he was born. In addition to his love for singing, Brady is also a black belt candidate in taekwondo, loves creating stories and games and will drop everything to pet any dog that is nearby. Brady lights up every room he enters and can always be counted on to bring joy to his parents and twin brother Tyler. 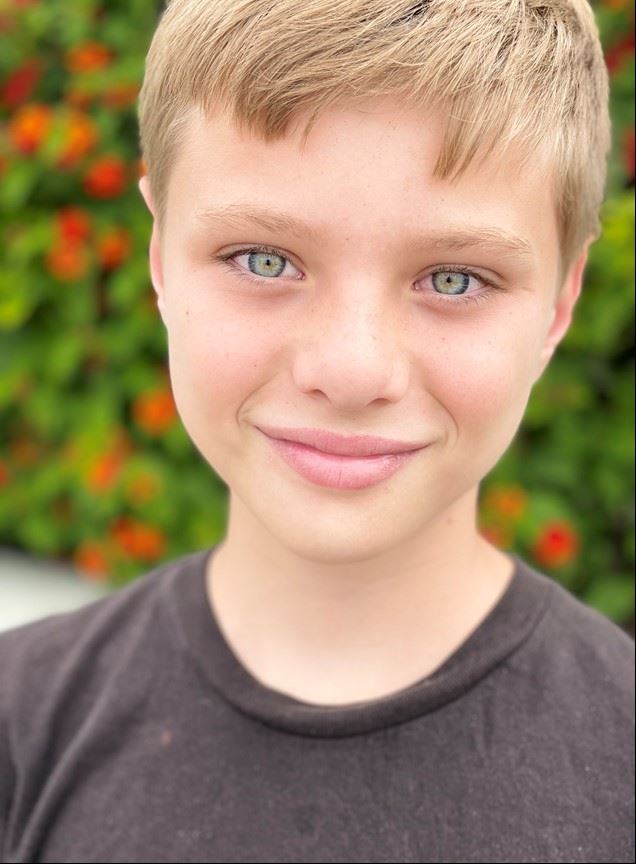 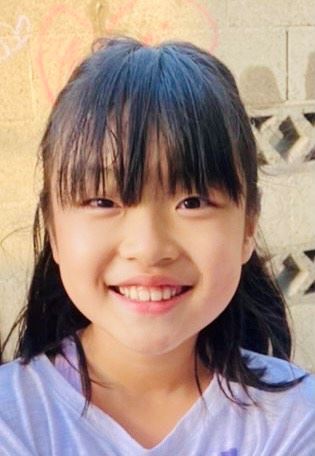 Kira Mukumoto is 9 years old. She started dancing when she was 5 years old. She is currently taking a dance class at a small dance studio. This will be her first show on stage. She choreographed her dance for this performance and has practiced every day. Please enjoy her dance!!

Jahaan Pardhanani is ten years old and is a 5th grader at Oakridge private school. He loves music, technology, and innovation. He loves to code, and amazed with all the things technology can help us with. Jahaan enjoys teaching other kids about coding. He loves playing the piano, and plays a lot of rock, pop, EDM, and classical music. When he grows up, he wants to be an inventor and a musician. Please feel free to visit his website to see his music and coding projects.

Image does not exist

Jessica Park is 11 years old. She is in 6th grade and attends Pioneer Middle School. Her hobbies consist of singing and propagating houseplants.

Paige Stephens is an 8th grade girl who has a passion for Music and Books. If she is not heard singing, you can be sure she will be buried in a 500 page book somewhere under a pile of soft blankets. Paige lives in Tustin, California with her parents and two older brothers. She attends Saint Jeanne de Lestonnac school and plans to attend JSerra High School in the Fall. She is involved in Student Council, Christian Service, School Musicals and plays Volleyball and Basketball for her school. What the future holds for Paige, we are not sure, but one thing is for sure, it will have Music in it!

Image does not exist 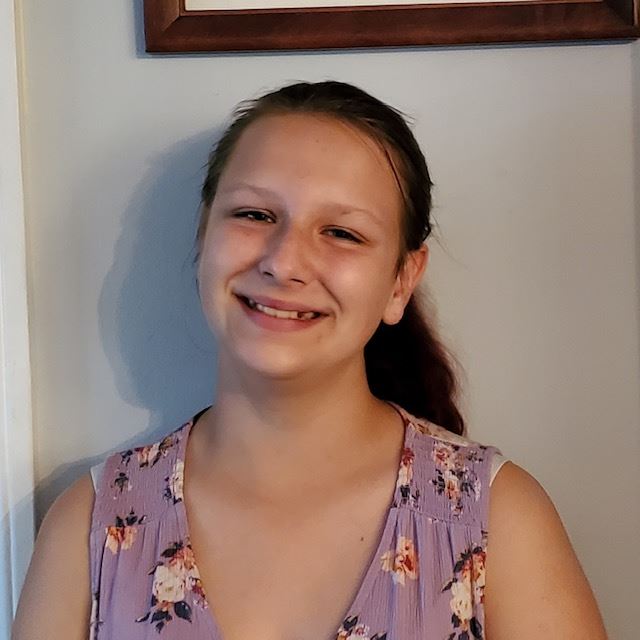 Emma Trecker, age 12, is a foodie, baker, singer, student at CT middle school, and aspires to be the next best version of herself. She began her singing journey at the age of three, standing on a box using a brush for a microphone, and insisting on full audience attention. Emma was born to be a performer, and she hopes to captivate your heart.