Marine Corps Air Station (MCAS) Tustin played a critical role in Navy and Marine aviation for over 50 years. At its high point, the base employed some 5,000 military and civilian personnel, about 4,500 of whom lived on the base.

The base was commissioned in 1942 to be a Lighter-Than-Air (LTA) facility to patrol the coastline with manned blimps following the attack on Pearl Harbor. Blimps would conduct reconnaissance missions and sometimes were equipped with machine guns and depth charges to attack hostile ships and submarines. Operations commenced in 1942 with a single blimp and expanded to 12 blimps operating from a concrete mat and mooring mast until the hangars were completed the following year. 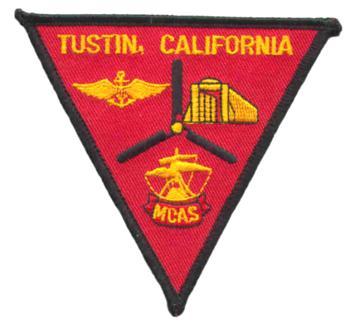 The base continued to serve as a major facility for Marine helicopter training and operations during the Vietnam War, Operation Desert Shield and Desert Storm. On July 3, 1999, MCAS Tustin was officially closed, 57 years after the base and its iconic hangars arose from the fields of Orange County. Since the closure of MCAS Tustin, the City of Tustin has been leading the redevelopment of the base now known as Tustin Legacy.

We encourage you to visit the Tustin Hangars page to learn more about the hangars and the history of MCAS Tustin.